Physical optics calculation software typically provides a single solving program for Maxwell’s equations. Field solvers like finite-difference time-domain (FDTD) or finite element method (FEM) enable the modeling and design of specific micro- and nano-optics structures but, because of their high numerical effort, which tends to scale up with the size of the system, are not by themselves a realistic approach to system modeling. But ray tracing is not enough to calculate the point spread function (PSF) and modulation transfer function (MTF) in a lens system. To compensate, ray-tracing software developers may include physical optics notions in their model-building programs. In this way, the central technology applied throughout the ray-tracing software addresses the connection between ray and physical optics at the exit pupil of an optical system model. Developments in modern optics and photonics have increased the demand for a more thorough inclusion of physical optics in systems modeling. One such example of a demanding system is AR/MR glasses, which include micro- and nano-optics, partially coherent sources, or a combination of all of these. 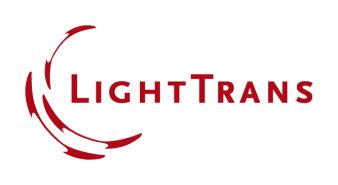 Laserlab-Europe Talks: KiMoPack - A python Package for Kinetic Modeling of the Chemical Mechanism

A Photonics21 Work Group 6 Meeting on "Agriculture & Food" has been scheduled on 1 December 2022, starting at 4pm. The meeting will take palce digitally. In the frame of the restructuring of the ...

SPIE Photonex is the premier event to meet with top companies and learn about the latest photonics and vacuum technologies. The conference will focus on latest research on a wide range of photonics ...

Fill in the form to get your event published on the Photonics21 website.

We like to publish your Photonics event on our website to inform the European photonics community an all related events.

We can keep you posted on upcoming events,
publication and reports that matter to you.

To subscribe to the newsletter, simply enter your e-mail address in the following field.

Create an account and join our community for exclusive downloads and events. Registration is free of charge.

Please enter your email address to reset the password.

Create a membership account and join our community for exclusive events, networking opportunities and downloads. Registration is free of charge.

Upgrade your newsletter subscription to a member account and join our community for exclusive downloads and events.
Upgrade is free of charge.